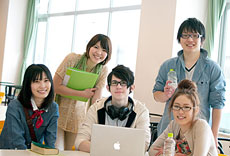 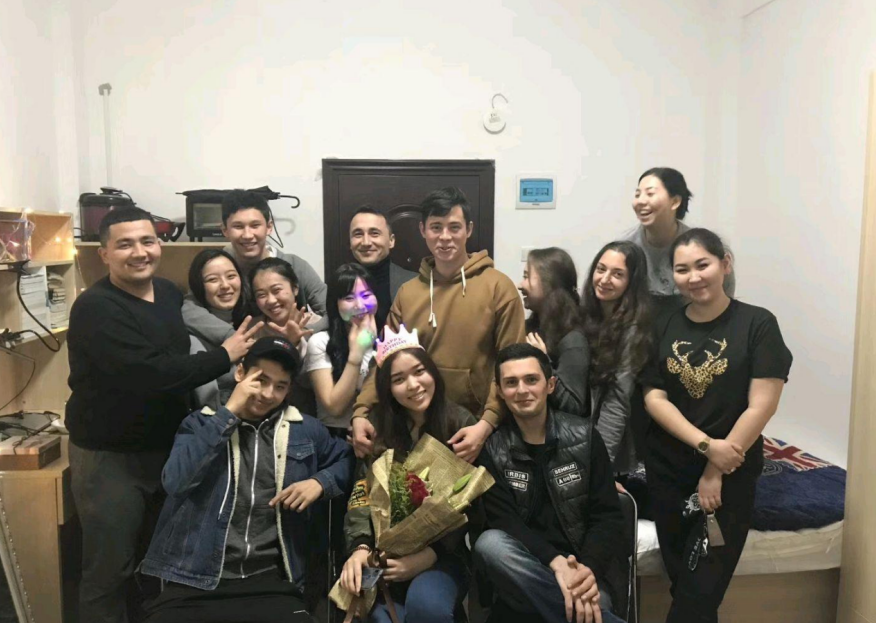 Traditional culture shows charm and long residence in China is an exploration.

Umar (Chinese name) from Tajikistan has been studying business administration in Wuchang University of Technology for one and a half semesters. Umar was particularly interested in Chinese kung fu before he came to China. He studied taekwondo in his own country. Now he has joined the taekwondo association of the school. He said that he used to learn taekwondo with legs and fists, but now he studies taekwondo mainly with legs. Although there are differences, each has its own advantages and is very interesting.

At the same time, Umar is also very interested in Chinese festivals. He knows Qingming Festival, Women's Day, Mid-Autumn Festival, Dragon Boat Festival, Spring Festival and so on. Among them, he is most impressed by Mid-Autumn Festival and Spring Festival because he likes moon cakes very much and thinks the Spring Festival is very interesting. During the Spring Festival this year, he learned to make dumplings together with his friends and grabbed red envelopes in WeChat. Umar is a person who is especially good at learning and exploring new things. He can learn Tajik, Chinese, English, Arabic, Russian and Persian. He has been to many countries to study abroad and come into contact with different cultures. However, he is especially interested in Chinese culture and plans to study in China for a long time, so that he can further learn Chinese and understand Chinese culture. At present, he is preparing for the Chinese CET-4. Talking about the coming May Day long holiday, he plans to travel to Nanjing. He said: "I have already planned in advance where to go. The first place to go is Confucius Temple, because I want to know more about Confucius culture."

The bookcase is full of study stickers because one only wants to learn Chinese. 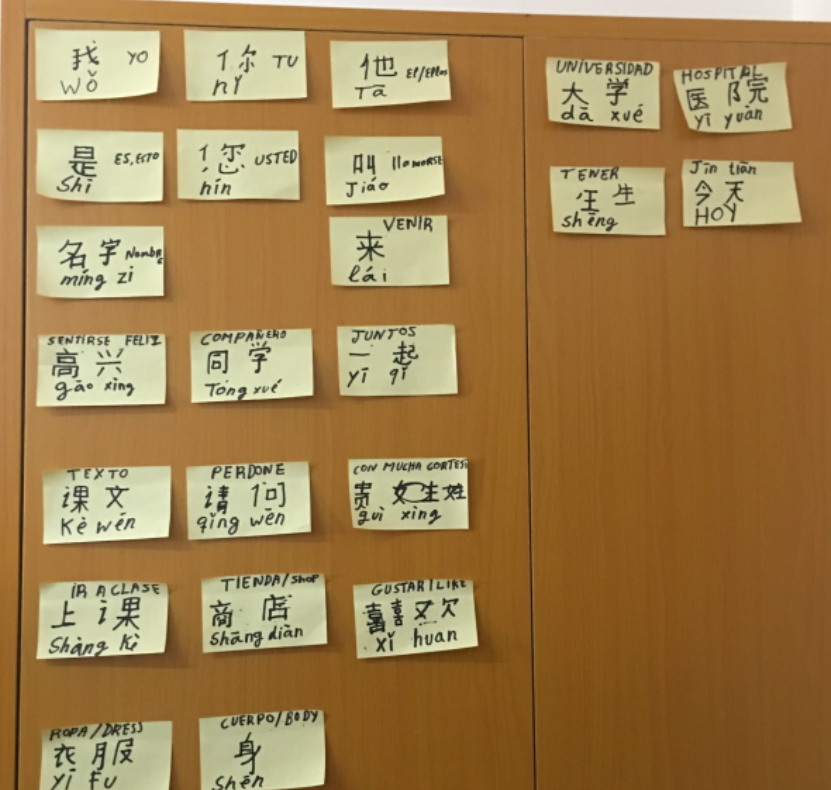 Oscar Wilde (Chinese name) from Ethiopia studied economics and trade at Wuchang Institute of Technology. When he first came to China, Oscar Wilde's greatest difficulty was that he could not speak Chinese, which was very inconvenient, and it was very difficult to buy things, go out and communicate with others. However, Oscar Wilde was an ardent Chinese lover. After two years of study, his current Chinese can be easily communicated with others. Oscar Wilde's love of Chinese made all his classmates and teachers praise him. In order to learn Chinese well, he pasted "learning stickers" of Chinese words on his wardrobe, such as "university", "hospital", "excuse me", "clothes" and "happy". Learning paste, the above is their country's language, the middle is Chinese characters, the following is pinyin, usually nothing to spell to learn.

"I like China very much. I want to know more about China's traditional culture and history. I want to learn Chinese well as soon as possible, so I came up with this method." Oscar Wilde talked about. The wardrobe is covered with study stickers, which are convenient to see and review at any time. Repeated practice will have a good learning effect. Not only that, Oscar Wilde's little move also inspired the people around him. Under the influence of Oscar Wilde, many foreign students' dormitories have posted this kind of learning paste. At present, they have been able to communicate with each other in Chinese. 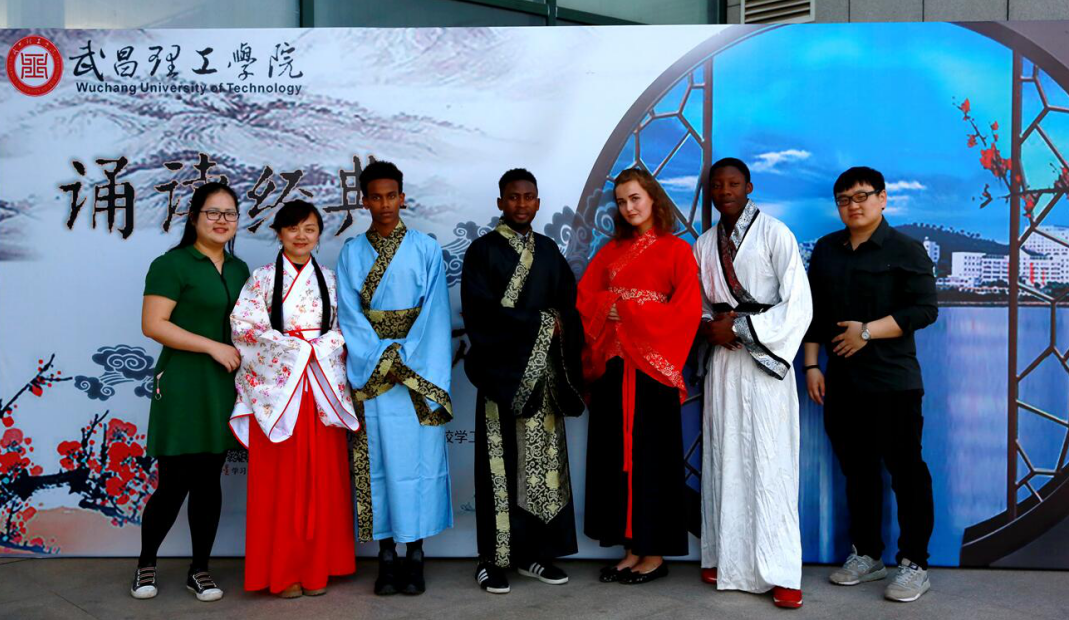 "I have been in China for almost two years and my major is computer science," said smart (Chinese name) from Canada. When he mentioned whether he would take part in some extracurricular activities at ordinary times, he replied: "there are many kinds of activities organized by the school, some of which I will actively participate in. But most of the free time is spent on travel. Over the past two years, I have been to Nanjing, Guangzhou, Shanghai, Beijing, etc. The main purpose is to enjoy the different beautiful scenery and delicious food in different places, and at the same time to spend more time understanding the culture and customs embodied in various aspects of China. " He also mentioned that he actually had a certain understanding of China before coming to China again. No matter what is described in books or movies, they have some strong attraction for me, so I chose to come to this country to have a look. When asked about the frequency of returning home, he said quietly, "I have only returned once in June last year since I entered school. During the holiday, I will choose to travel with friends to experience Chinese culture. " 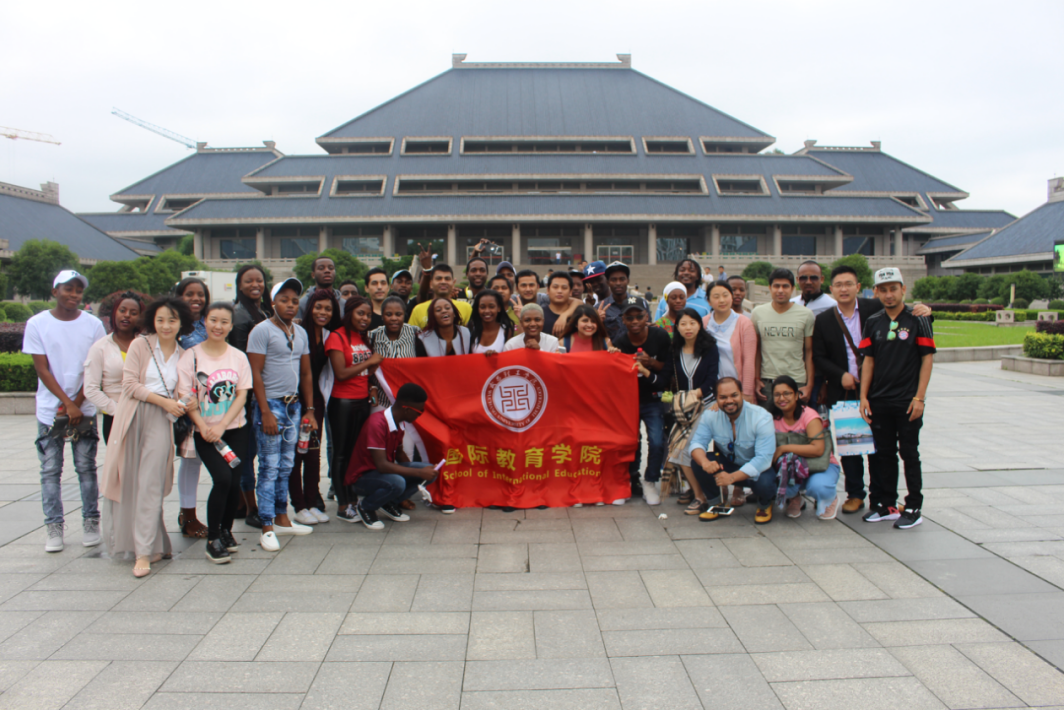 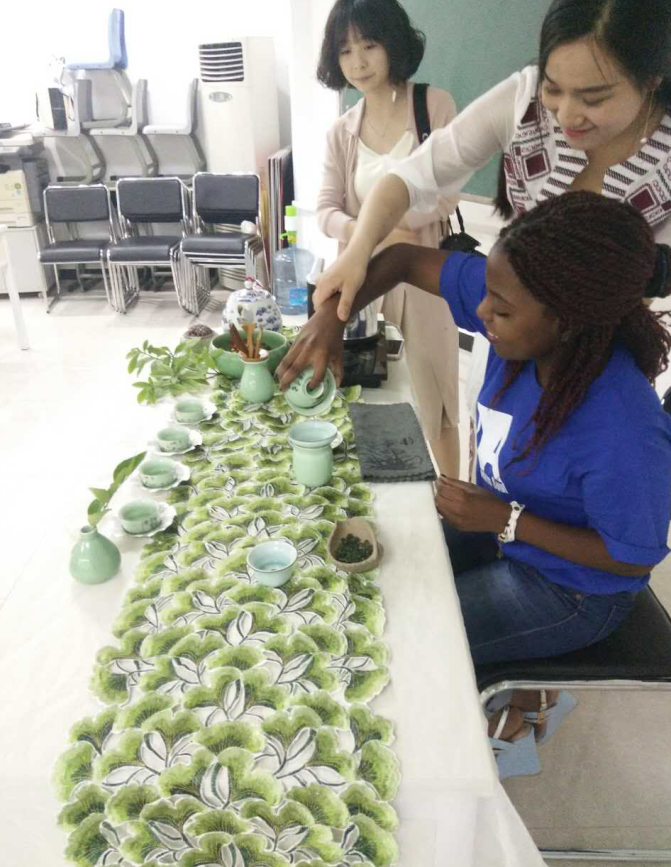 Maria from Kazakhstan has been in Wuchang University of Technologyfor one year. She said that when she first entered the school, her first feeling was the words "big" and Big""Beautiful ". Maria is a girl who loves her family, but the scenery of the school can often ease her homesickness. Talking about the environment of the school, she said, "the bank near the library has a very beautiful view, and the Tangxun lake is very calm. every time I walk by the bank, the breeze caresses me as if all my troubles are gone." Maria's favorite thing to do is to stroll around the campus every night, along the foot of the mountain, enjoying the scenery that can be seen everywhere. Of course, good campus scenery also provides students with a good learning environment. "Every time she encounters difficulties in her study, she will consult the teacher in time. Sometimes I will ask my friends for help. She said: "As the teacher said, if you try to learn, everything will be successful. "Maria said her classmates are very good. There are about 40 students in her class. They come from different countries, including Kazakhstan, Russia, Turkmenistan, Britain, Spain and African countries. Sometimes it is difficult to understand each other, but communication is very interesting. Every day everyone can learn some new news about each other's countries. 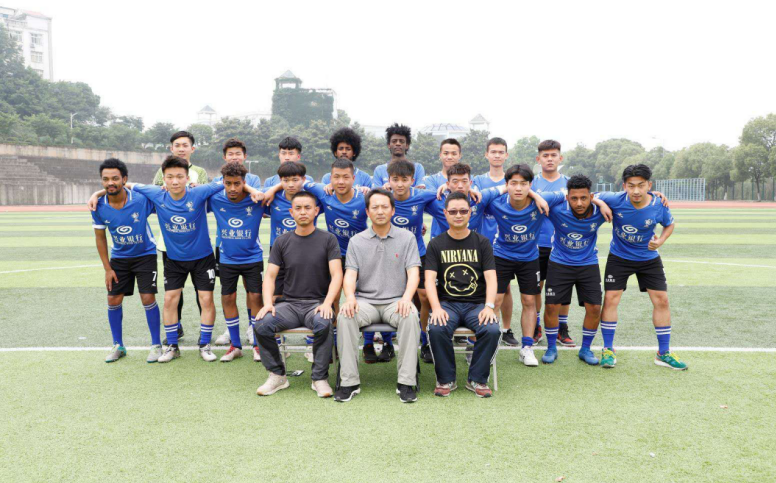 Culture with temperature, collision with depth

"This is my first time to come to China. Before I came to this school, I saw a beautiful view of the school in official website. After I came to the school, I also found it was true. However, I did encounter a series of troubles when I first arrived. For example, there would be great obstacles in language communication. When I entered the store, I could not understand the meaning expressed by the seller. Any language in the world contains culture. At the same time, language is also a mirror of culture. To some extent, it reflects the cultural aspects of the nation's history, geography, politics, economy and customs. It takes time to adjust between different cultures.

On the other hand, the weather in Wuhan is quite different from that in our country. It feels like our country does not have winter and summer. However, the weather in Wuhan is sometimes extremely cold and sometimes extremely hot. When I first arrived, I was not used to it, but I got used to it gradually. "Regional differences between different countries do exist, but time will always allow you to adapt slowly. When asked if I have joined some departments or associations, he said: "I have joined the campus radio station since the first semester of my freshman year. The program I host is called English everywhere, which is broadcast every Friday afternoon. Then we also have role-playing games in normal times. The form and content are very interesting for associations, I joined the oral English association and the translation association, mainly to make more Chinese friends, even if they are very shy at first impression." At ordinary times bi used to go to the playground, library and other venues frequently, because he said he liked playing basketball, football and volleyball very much. But his favorite among them is playing basketball with his friends, which is also one of the reasons why he joined the school basketball team.

Apart from daily sports and study, I will watch some Chinese, Spanish and French movies or some action movies in my spare time. It is said that if he can't read the subtitles, he will guess what he wants to express and how the characters feel at that time according to the actions of the characters in the play. Later, when we asked about China's traditional culture and festivals, he said happily: "I know the Mid-Autumn Festival when I eat moon cakes, and I feel that moon cakes are very delicious. There is also the May Day which has just passed. We have our own festival there. I still remember the very unforgettable time when I cooked with my friends in the dormitory. In addition to these, as far as the courses offered by the school are concerned, such as Chinese writing, Chinese reading and Taijiquan, they have improved our language ability and made us understand the charm of Chinese culture. “Finally, he stated firmly: "the key to learning a language is to imitate, imitate their tone and intonation, and find a partner to practice with." No matter what you say, whether right or wrong, when two people are practicing, it is like your secret language. Only the two of you can understand what you are expressing and others can't. Over time, your language ability will be greatly improved. "

Eliminate stereotypes and integrate into each other's cultures.

"As a representative of an international study abroad organization, I often help students from different countries to solve some misunderstandings. It is because they can understand each other and eliminate stereotypes. This task is very challenging, but I am also proud to help others solve it every time." Kong Yi (Chinese name), a sophomore majoring in international finance and trade from South Africa, said. "It's been two years since I came to China. It's hard to get used to language and food at the beginning. Getting used to it is a very happy process." He came to Wuchang University of Technology for the first time in China. He had many maladjustments and met many problems, which he slowly solved with the help of teachers and friends. Kong Yi said that it was difficult to learn Chinese at that time, but with the help of teachers and learning, his Chinese improved rapidly. He was also invited to be the judge of the school oral English competition. He felt very proud and happy. At present, his Chinese communication is basically no problem, but he thinks it is very difficult to write Chinese characters. Chinese characters are extensive and profound, and some characters are complicated to write. He is still practicing. Kong Yi said that his name was given to him by a Chinese friend, because he was very interested in Chinese Confucius culture, and he was very kind and friendly, easy to build friendship, so he was named Kong Yi. Just like his name, he helps students from all over the world to eliminate stereotypes, understand each other and integrate into each other's culture.